The economic competitiveness of solar power has improved over the last few years, and this trend is expected to continue. In 2020, EPV Energy (EPV) started planning its first industrial-scale solar power project.

After looking into the optimal location for the solar farm, EPV decided to build it on a peat production area in Heinineva, Lapua, where peat production is estimated to come to an end in 2022. The Heinineva area is large and open and almost unimpeded by shadow. During the year, the project obtained a legally valid decision on the need for planning, and permit applications for the future use of the area were submitted.

In planning the solar power plant in Lapua, EPV is making use of the data collected at the EPV Alavus solar power measuring station.

If implemented, the Heinineva solar power plant will be the largest in Finland by far. Key figures for the planned solar farm:

If implemented, the project is estimated to be completed later in the 2020s. Whether the solar farm becomes a reality depends on the competitiveness of the solar cell technology at the time of building, the cost-effectiveness of construction and the shareholders’ investment needs. 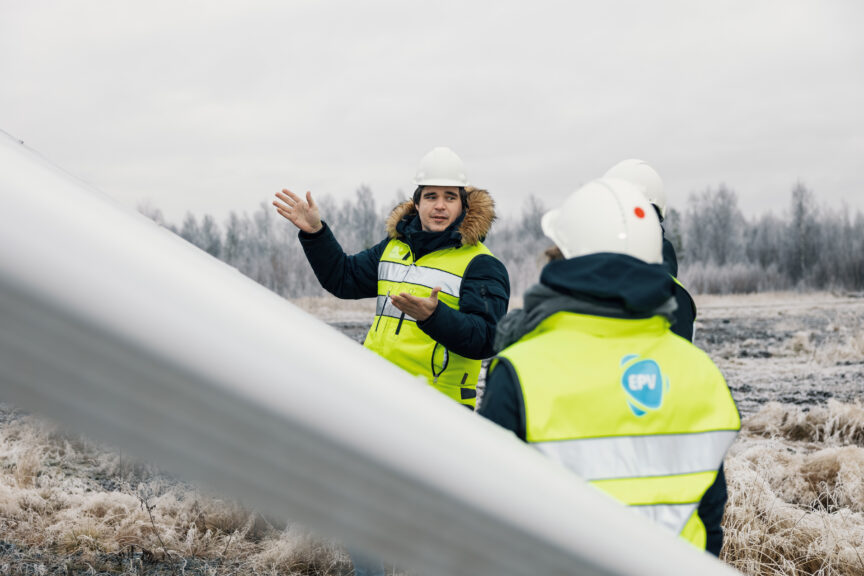 As a pioneer in zero-emission energy generation, EPV is constantly researching renewable energy technologies and energy production on the market. One example of this is the solar energy measuring station in Vuorenneva, Alavus, commissioned in September 2018.

The metering station allows us to investigate and improve the predictability of solar power. The plant’s output naturally coincides with periods of high electricity consumption, and it is designed to balance out peak loads in consumption.

Would you like to know more about the project?